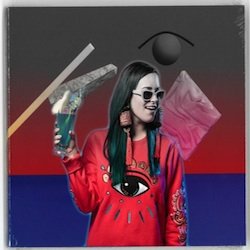 Catlips has taken her funked up tunes to the Boiler Room, officially remixed Kucka and Chela, supported electronic gods like Baths, featured on both Pilerats compilations as as well as spinning records across Istanbul and London. She hasn't failed to make her mark on Australia, recently returning from a tour supporting Roland Tings, she is also set to play a live set at Splendour in the Grass later this year. Her debut EP 'Casual' was released in March via Pilerats Records.


Taking the original dance floor gem and pulling it to a different dimension, Roland Tings has given 'Fade' the full treatment of his signature electronica. Pushing on a slow-burn release, the track glistens and bumps through a pitched down vocal, to an ecstatic late night banger of a finale.