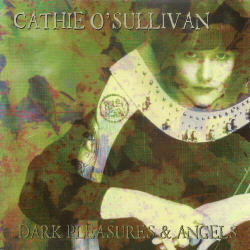 
Angelic, an emotional maelstrom! Discovering Cathie O'Sullivan feels a lot like striking gold. Like reading great literature: you can't help but feel enriched and moved by the experience. She uses folk music as a basis for innovation, exploration and inspiration.