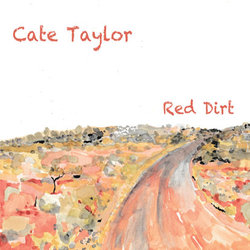 Taylor began writing and performing in her late teens, fronting the 90’s folk pop band, The Symbolists. She has worked with a swathe of talented musicians including Greg Hamilton, Nina Rose, Jason Bunn and Nicola Bell.

Taylor’s music is described as rich, natural and grounded in heartfelt, spacious lyrics and a performance style that is authentic and engaging. Her songs reflect social, personal and environmental themes moving between raw, stripped-back arrangements to fuller compositions with a bit of twang and stomp.

Her debut album, Red Dirt, released in October, 2019, features some of Melbourne’s finest musicians including Nina Rose on vocal harmonies, John Bedggood on mandolin and fiddle, and David Bridie on piano.


Dawn Skies features Cate Taylor on vocals and guitar, Greg Hamilton on guitar and John Bedggood (The Wilson Pickers) on mandolin. It moves between themes of childhood, nature, the environment and humanity.

Other tracks by Cate Taylor: A Blackbird's Way  -  Red Dirt
%