Cat Canteri - Out Of My League 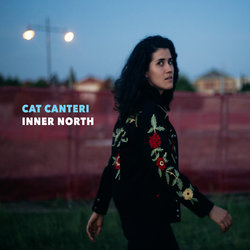 Hailing from the grit and grime of Melbourne’s inner city, renowned songwriter Cat Canteri will hit the road from May 18th, launching her new album ‘Inner North’ around Australia. The new album sees her bold and reckless slide guitar style intermeshed with her poignant and poetic lyrics, reflecting the struggles and stories of her community, known as the Inner North.

Cat’s songs documented real life situations and experiences – often with a brave, personal and candid honesty – framed, coloured and shaped by exquisite playing. Her records encapsulate the verve and passion she brings to her guitar playing and the soulful depth of emotion she conveys in her songs.

Canteri is also respected drummer who formed The Stillsons alongside Justin Bernasconi in 2006. The band released three critically acclaimed albums: Circus (2009), Earnest (2011) and Never Go Your Way (2013). She has also played drums for the likes of Kutcha Edwards, Mick Thomas (Weddings, Parties, Anything) and Brendan Gallagher (Karma County).


Relationships are supposed to provide a safe and nurturing place where we can be ourselves. Out Of My League looks at a couple in a long-term relationship that is riddled with doubt, inadequacy and insecurity.

Other tracks by Cat Canteri: Tram Stop  -  How Crazy I've Been
%