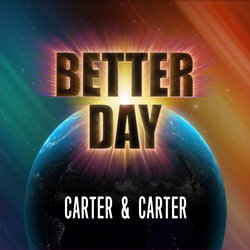 Their music brings people together to celebrate life, share our stories, build friendships and community. It's about sharing the good times and the hard times and knowing that you're never alone. The Better Day album project was specifically designed to bring people and communities together.

With songs from the heart and borne of their amazing life experiences Carter & Carter continue to make music that makes a difference - telling their story and the stories of those around them as only Carter & Carter can.


Better Day is the new single from Carter & Carter’s award winning album following the chart and award success of the first two singles ‘World Full Of Angels’ and ‘Stand Tall’.