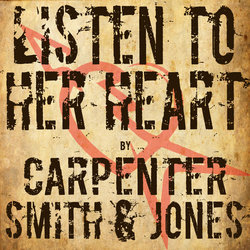 Sydney based singer-songwriter/producer/multi-instrumentalist Michael Carpenter has teamed up with Bathurst based emerging country heroes Abby Smith and Sophie Jones for a new tribute album to the music of Tom Petty.
Carpenter and Smith & Jones have been working together for the last 18 months, since Carpenter produced the debut album ‘Dark Gives Way’ for the duo. With an immediate musical synergy formed, as well as a friendship built easily on respect, humour and a love of West Coast American country pop, the trio have since shared many stages, as Carpenter has been performing as part of Smith & Jones’ live shows whenever his busy schedule allows. He’s also directed the duo’s three music videos.

The genesis of the ‘Petty’ project happened at the TCMF in 2017, with Smith & Jones performing a cover of the Petty/Nicks classic “Stop Draggin’ My Heart Around” with Carpenter. When Petty passed away unexpectedly in late 2017, it was huge shock for Carpenter. Ultimately, he felt the best way to process the loss was to hold a series of tribute shows around Sydney. Featuring many local heroes from the Alt.Country scene, Smith & Jones were one of the first acts approached to appear.


“Listen To Her Heart” shows off the potency of the combination. A strong country pop production, with the required jangly guitars, create an effective foundation for the soulful and effortless 3 part harmonies of the trio. Sonically rich, yet still organic, it has all the trademarks of Carpenter’s production stamp.