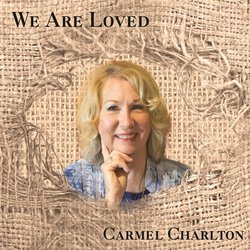 Carmel has built a reputation for her fine voice, guitar and piano expertise and for her warm and interactive performances. Her songs are often heard on Australia All Over. Two of Carmel's songs have been included on the ABC's "Australia All Over” Albums. She has produced 10 CD’s of original music. She also has a show called "The Great Ride" that she has presented at the National Library of Australia, at venues on the east coast and has toured it in Perth and around country towns Western Australia.

Carmel has written songs for schools and produced a music resource for teachers called “Out of This World”. Her songs are often performed by the “One Big Voice” choir that comprises almost 4000 school children who present an annual concert at the Perth Arena. In 2018 they sang Carmel’s song “Pelican” – a song that is on Carmel’s new CD.

“We knew she would be good, but still it was truly special to be able to experience a performer like her in person. What a beautiful voice. Clean, inventive, delicate guitar and a swag of amazing songs”. Michael Fine, Troubadour Club, NSW.


Homeless man Todd commented "People stare at me like I'm a terrorist. It really hurts, it sticks with me." After his mother died he became depressed and homeless. His clothes, Bible and a few possessions were stolen while he slept; including the only photograph of him and his mother.

Other tracks by Carmel Charlton: One Solitary Life  -  We Are Loved
%