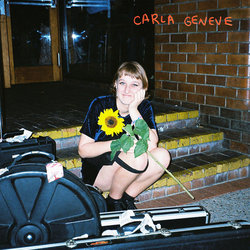 Carla Geneve is delighted to announce a national tour this August performing shows in Sydney, Melbourne and Fremantle in support of her debut self-titled EP released in June via Dot Dash Recordings/Remote Control Records.

Fresh off the back of her debut tour of North America in support of San Cisco playing to packed audiences across the continent, 2019 has already proven to be a massive year for her including performances at festivals such as Laneway & Falls, touring with & supporting artists such as Cat Power & Kurt Vile, international praise from KEXP and Matt Wilkinson of Beats 1 Radio as well as taking out the Grand Prize at the 2019 WAM Song of the Year Awards.

Geneve will return home for a small run of dates in support of her debut self-titled EP before embarking on a national tour from September-October with HOLY HOLY.


The video for 'Things Change' is a tour diary of sorts, filmed on her recent debut tour of North America supporting San Cisco. Carla shares "It has been a year of big change for me and I felt like being on the road and touring was very significant of a big shift in my life."