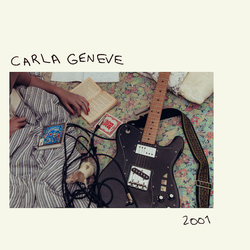 With a captivating live show and relatable lyricism, Carla Geneve burst onto the WA scene in 2017. After being hailed by Pilerats as one of their '18 Artists to Watch in 2018’, her debut single ‘Greg’s Discount Chemist’ was released to overwhelming support including love from triple j, triple j Unearthed and community radio. The single was the #1 most played track in 2018 for Perth community radio station RTRFM.

After releasing her second single 'Listening' and garnering praise for her showcases at BIGSOUND, the end of 2018 saw Geneve lead with seven nominations at the 2018 WAM Awards where she won Best Single for 'Greg's Discount Chemist' and Best Rock Act.

Named one of The West Australian's Six Brightest Young Stars of 2019, this year will see the release of her debut EP, solidifying Carla Geneve as one of Australia's most exciting up and coming talents.


Taking its name from Stanley Kubrick's film 2001: A Space Odyssey, the track '2001' also references science fiction writer Jack Vance and John Carpenter's film The Thing (1982). Carla explains the song "2001 is about escapism through old movies and books that I loved as a kid. Those paired with songwriting serve as the best form of catharsis for me."