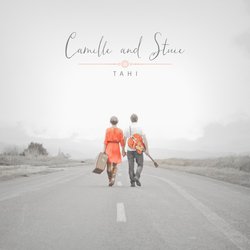 When Camille Te Nahu arrived in Australia in 1999 her vocal talents were immediately recognised by Kasey Chambers and Beccy Cole who employed her as their backing singer both on the road and in the studio. Over the years, Camille and Stuie released their own albums – Stuie with the Feral Swing Katz and Camille’s solo album and their paths would often cross as they both toured with Australian country stars. But it wasn’t until 2002 when their stars aligned and they fell in love.

At the 2013 Tamworth Golden Guitar Awards, Camille and Stuie won their first Golden Guitar Award together for “Best Alternative Country Album of the Year”. In March 2014 they were awarded the Frank Ifield International Spur Award. “Tahi” is their fifth album together, and is a collection of original songs and covers.


Paper Cups is the first single from Camille and Stuie’s upcoming album “Tahi”. It was penned by two of Australia’s leading songwriters, Tamara Stewart and Rick Price. Paper cups is a gentle ballad about how we sometimes sweat the small stuff, instead of looking at the big picture.