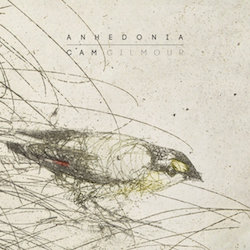 Gilmour's crafted a record of music, which posits him as an interesting artist to be keeping an eye on. -The AU Review

The five track instrumental EP is both cinematic and emotional, with an elegance that whispers to the soul of the listener and causes one to muse the purpose of existence. -Glam Adelaide

Cam has performed around Australia for the better part of the past decade. In 2006, he joined Melbourne rock band Behind Crimson Eyes, releasing two albums and touring extensively (Big Day Out, Soundwave, & Triple J One Night Stand), before teaming up with hip-hop artist Illy in 2010. Cam played drums with Illy over the next three years (Splendour in the Grass, Sprung, & Come Together), while continuing to write and produce music, and completing a university degree in Psychology. These days, he’s fairly content to rant from a blog, scribble the odd article for various publications (Junkee, SF Media, Hysteria) and write songs from a detuned piano while attempting to drink his own weight in tea every day.


The Long Game is a slow-burning, emotional roller-coaster. It is bristling with melody that is both gentle and heart-wrenching, taking the listener on a journey. The final crescendo of classical strings is a stunning feature in this pop-infused gem.

Other tracks by Cam Gilmour: The Old Man and his Tea  -  Black Bones
%