Calan Mai - Friend of a Friend 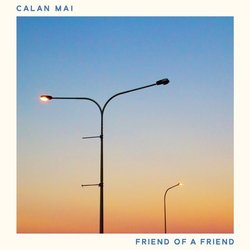 Hailing from the Gold Coast, Calan Mai made his debut with an acoustic demo of “We’ve Got Love” in 2014. With virtually no promotional push, the track soon found its way into rotation on Triple J, BBC Radio 6, and a number of college radio stations in the U.S. The buzz led to a collaboration with producer Chris Coady (Beach House, Future Islands, Lower Dens) Fueled by the breakout success of the “We’ve Got Love” demo, Calan Mai spent two years in England where as a DIY artist he pulled off such feats as sharing the stage with Will Johnson and opening for Band of Horses at Albert Hall.

Upon returning to the Gold Coast, Calan focused on refining his songwriting process, taking part in Apra AMCOS Songhubs events, and playing out locally whenever possible. 2018 brought showcasing opportunity at SXSW, where he played the Australia House and several other shows, and a gig at Los Angeles’ iconic singer/songwriter venue, Hotel Café. His releases ‘XO’ and ‘Mountain Mountain’ garnered Spotify and press love, with Rolling Stone calling ‘XO’ “a folk-pop gem that’s far more worldly than most roots-music tracks”.


Stunning piano track in the vein of Death Cab for Cutie and Band of Horses.. featuring the brilliant songwriting talent of Calan Mai.