COTERIE - Where We Began 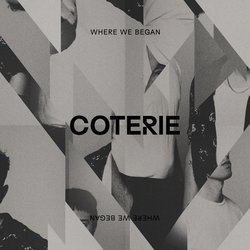 COTERIE (pronounced coat-e-rie), are a four-piece indie rock band from the windy willows of Perth, Australia, and they’re here to stay in the spotlight.

The four brothers grew up listening to their parents R&B mixtapes, as well as Stevie Nicks and John Mayer, but the boys also fell in love with the dirty guitars of Jimi Hendrix.

Influenced by the likes of Miguel, Prince, Tame Impala and Hozier, COTERIE’S music can be described as a mix of indie, alternative, rock, r&b, and pop.


Honest and raw, ‘Where We Began’ was written by the band just hours after helping a friend as he struggled to carry the weight of a broken relationship, and the ramifications of it.