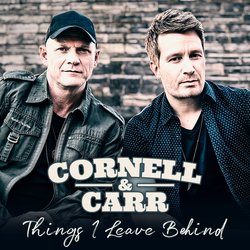 The success of Matt’s solo albums has led him to performing at Groundwater Country Music Festival & Gympie Muster. Matt was hand picked by Richard Marx to open his Australian tour in 2016 and 2018.

Mike Carr is one of Australia's most celebrated songwriters & performers. As a songwriter he is amongst the best, having written some of the most popular Australian country songs of the past few decades. His catalogue includes; ‘THE ANZAC’, ‘New England Highway’, ‘Get Loud’ and the recent ‘Milestones’ (Adam Brand), ‘Real People’ - (Melinda Schneider), ‘It Don't Buy You Love’ - (McAlister Kemp) & most recently Adam Harvey’s “Id rather be a highway Man’.

Mike is a Golden Guitar Winner, and two-time ARIA.


The track was inspired by the emotional rollercoaster that Matt Cornell went through last year, leaving his home in Sydney where he was born and raised: all the things I’m taking with me, are just a measurement of time, don’t mean as much as the things I leave behind.