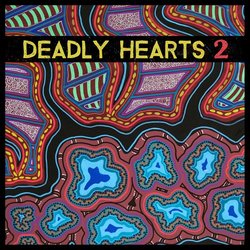 Busby Marou are an Australian duo originally from Rockhampton, Queensland. The duo are characterised by their melodic guitar riffs and meaningful lyrics. The band primarily consists of Thomas Busby and Jeremy Marou, however several other musicians perform with the duo in concert. The duo are best known for their singles "Days Of Gold" and "Best Part Of Me". At the APRA Music Awards of 2012, the duo won "Blues & Roots Work of the Year" category.

Busby Marou is the first signing to Warner Music Australia's indie imprint – Footstomp Records, and released their debut, self-titled album on 24 June 2011, a record that includes their first single "Biding My Time".

The band has recorded with and played in support of Pete Murray and Elton John.Their debut EP, the limited release The Blue Road, was recorded at Pete Murray's personal studios in Byron Bay and produced by Anthony Lycenko who had worked with artists such as Murray, David Bowie and Shifter. In 2010 they won the Indigenous Award at Brisbane's Q Song Awards and took out a Deadly for Most Promising New Talent in Music.

"Both Troy and Paul Kelly have been instrumental in our career and brilliant role models not only to inspiring artists like us, but to an entire country. Having had the privilege of singing this song alongside Troy we instantly fell in love with it"