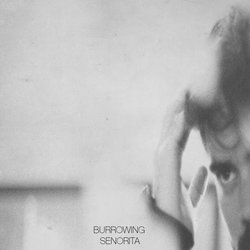 Burrowing is an Australian/Norwegian band based in Oslo and Melbourne, formed by singer/songwriter Adam Eaton. The first single 'Senorita' has been released through Hakaslepp Records in Norway.

Senorita was recorded and mixed in Melbourne with producer Colin Leadbetter (Whitley, Katie Noonan) along with musicians Matty Green (Jordie Lane, Simone Felice) and Shane Reilly (Tex Perkins, Lost Ragas), then taken back to Oslo to be mastered by Chris Sansom (Highasakite).

The first single has been described as an infectious pop song with elements drawn from modern folk and country.

Burrowing currently being based in Oslo performed their release concert to a full audience at popular venue Tilt and have already been asked to perform at Musikkfest Oslo June 6th.

In the past Adam Eaton has performed under his own name, performing in Australia with headline shows at The Toff in Town, festival dates, and support slots for two sold out shows with Two Gallants (US) and Deer Tick (US). In Scandinavia Adam has performed twice at Musikkfest Oslo, Vega in Copenhagen, Norwegian tour supporting The Mighty Stef (IR), and various shows in Oslo.

2015 will see the recording and release of the debut record from Burrowing.


Spreading the seed “Senorita is like a romp through a field of wildflowers, gorgeous at every turn”