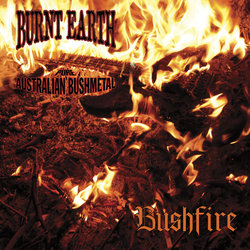 Burnt Earth! All members are from Cobar- outback NSW. The name Burnt Earth, Aboriginal for Cobar, meaning Earth Burnt.
As a young band Burnt Earth travelled extensively throughout Australia doing Supports, Backing, Festivals, B&S Balls, Clubs and Pubs.
Supporting Lee Kernighan, Dragon, Phil Emanuel, Dave Gleeson, Choir Boys, Col Elliot, Tanya Self, Felicity Urquhart, Jade Martin Band, Craig Giles, Jamahl Hamilton etc.
In 2012 Burnt Earth appeared on the Channel 10 Television Series ‘I Will Survive’. The band backed the contestants in the rock segment of the show and facilitated a workshop with Dave Gleeson from the Screaming Jets on how to perform as a Rock God.
Achievements in the early days were at the Tamworth Country Music Festival, where Burnt Earth was named the Aristocrat Entertainers of the Year and CCMA Best Group. The band soon became known as the country band that plays AC/DC because of their hard hitting Country and Solid Rock portrayed in their original songs and covers. The band going from Country to Rock to engage the audience. This is how Pure Australian Bushmetal was born. The new genre Bushmetal was founded by Burnt Earth in 2014.


A song of loss and the difficulty of acceptance and moving on.
Heart felt vocals that carry the pain and loneliness of having lost your partner to the other side.