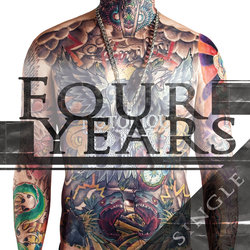 Sydney band Buried In Verona will release their third studio album, Notorious via UNFD on June 1, 2012.

The album was recorded between January - March in Sweden by Fredrick Nordstrom, who has made a name for himself producing albums by Bring Me The Horizon, Confession and Job For A Cowboy, amongst others. The full length is a follow up to their highly successful "Saturday Night Sever" album, which the six-piece released in 2010.

The first single to be taken off Notorious is "Four Years" will be debuted on Triple J's Short.Fast.Loud program tonight, and will also be launched on UNFD's YouTube Channel at Midday on Thursday April 5th. Other tracks from the album include the high octane "Maybe Next Time", second single "Miles Away" and "Can't Let It Go", which features guest vocals from The Amity Affliction's Ahren Stringer.