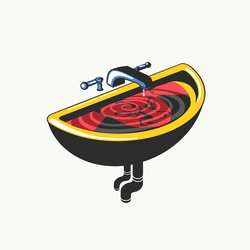 Following back-to-back plays on triple j, the triple j Unearthed-premiered clip for ‘Glue’ raked in the love, with over 112,000 views to date.

In April 2018 Bugs released their EP ‘Social Slump’, and embarked on a huge national tour throughout May and June, selling out dates in Brisbane, Melbourne Sydney, Adelaide and Wollongong.

Packed-out sets at BIGSOUND followed suit, including an appearance at the Levi’s Music Prize showcase, before hitting the stage at Beer InCider festival.

The release of single ‘Safe Place’ ticked off another triple j premiere, and lead into an appearance at Farmer & the Owl festival, as well as their anticipated ‘Sweetener’ tour which saw the band sell out their biggest hometown show to date at Woolly Mammoth.

Current track ‘Something’s Bound To Go Bad’, plus the announcement of the band’s upcoming support with Aussie legends Grinspoon, sees the band step closer to their sophomore album ‘Self Help’ due out September 20.


The song is about how sometimes you are so focused on where you’re trying to get that you don’t realise the wheels are falling off on the way there.