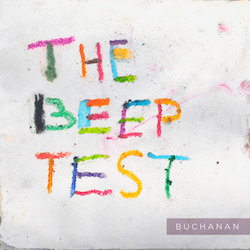 Right off the top, Buchanan are getting ready to release new single ‘The Beep Test’ in late November.

The track was written and mixed in Los Angeles at G.O.O.D. Music with legendary producer Anthony Kilhoffer (All seven Kanye West solo albums). The track was also co-written with Space (Digital Daggers, Seether).

Having recently relocated to Los Angeles to launch his tech startup ‘Vampr’, a LinkedIn-style music app connecting musicians and the music industry, Buchanan’s enigmatic frontman Josh Simons has been co-writing on a number of exciting projects with Kilhoffer, some of which are set to drop soon from West’s infamous hip-hop label.

The cherry on the cake comes in the form of being hand picked by multi-Grammy and ARIA award winner Keith Urban to join him and Carrie Underwood on stage for the Australian leg of his “ripCORD World Tour 2016". Buchanan’s atmospheric alt sound is made for arenas and the crowds are sure to fall under their spell.

Dropping in early 2016, Buchanan’s acclaimed second studio album "Pressure in an Empty Space" was released after a tough year for the band. Buchanan followed up this album in the back half of 2016 with a joyous live recording titled "Alive".


An anthem slice of guitar pop/rock fused with electronic back beats. Lyrically an emotive and melodic ride of love and reflection.