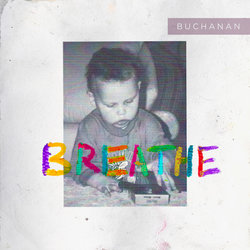 It's been a busy couple of years for Buchanan AKA Josh Simons, who return this month with new single 'Breathe'.

Far from resting on laurels, Simons has spent the last two years writing and producing for household name artists including Travis Scott, Partynextdoor and Cyhi The Prynce. Since relocating to Los Angeles following Buchanan's last tour, Simons has shared production credits with the likes of WondaGurl, HazeBanga and Kanye West.

New music releases featuring Simons' contributions have amassed close to six million streams in the past twelve months alone. "I've written or produced almost two album's worth of released material since Buchanan went on break; it's just been spread across a lot of different projects," including the new King IV single 'Basic' written during the Red Moon Studio APRA AMCOS SongHubs retreat.

It is unsurprising then that for Buchanan's comeback single, Simons has pulled in more than just the one collaborator to contribute to the afro-beat / Radiohead inspired track, which explores the minefields of independence and finding peace.
Joining Tre Capital on the track is Australian pop-songstress Georgia Mae whose single 'Fools' was recently added to the Hit FM network across Australia.


"Breathe is about what you might tell yourself as a kid if you could travel back in time." As for what comes next, "I'd be reluctant to refer to Breathe as a single from some forthcoming unannounced album, but I will say that this era has ended up rolling out as distinctly and personal as any other in Buchanan's history."