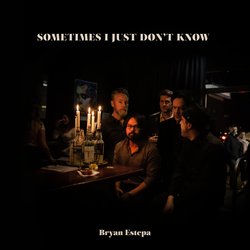 Bryan Estepa is an Australian Singer-songwriter who has been part of the Australian independent music scene for over 20 years. Estepa has released 5 critically acclaimed studio albums and undertaken several successful tours through Australia, Europe, USA and The Philippines. Bryan has once been labelled one of ‘Sydney’s best kept secrets’, with a style that has been described as an honest mix of alt-country and power pop.

Born in Cubao, Quezon City, Bryan and his family moved to Sydney, Australia in 1987. His musical influences range from Muddy Waters to 90’s Alternative music and Hall & Oates, but his constant go-to artists are The Beatles and their respective solo projects, Neil Young, The Beach Boys, The Band, You Am I, and Elliott Smith.


Granted is Bryan Estepa stepping band and revealing some personal thoughts and emotions over a Sixties beat and with some beautiful, classic chord shapes. A song that is both gentle and heavy.

Other tracks by Bryan Estepa: Rattled and Rolled  -  No Ordinary
%