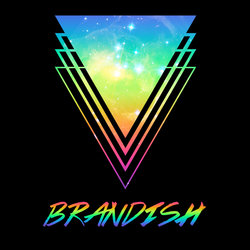 Fusing captivating melodies with powerfully emotive vocal delivery, Brufield take audiences on a rollercoaster ride of emotion from the lows of their brooding ballads to the highs of their sparkling pop anthems getting even the most skeptical of pundits tapping their feet!

In June 2015 the band released their highly anticipated debut EP, Cracked, which was very well received by the music press, scoring 4/5 stars with theMusic.com.au.

“You’ll be captivated by frontwoman Lisa Caulfield’s delicate yet powerful vocals from minute one, with flawless runs and emotional depth that would put some seasoned performers to shame.” - Charmaine de Souza, theMusic.com.au

In November 2015 the band released the title single, 'Cracked', from the EP, complete with a poignant music clip. This clip attracted a lot of attention due to its controversial content.

January 2016 saw Brufield launch their ambitious double A-side single. This double single explored the light and the darkside of Brufield. The release was met with widespread acclaim, with AMNplify dubbing the band as 'One of the bands to watch in 2016'.


The band are excited to release their much anticipated new single, ‘Goodbye’. The track is being launched through The A&R Department and is being backed by a national tour and a short tour run in the UK and Ireland.