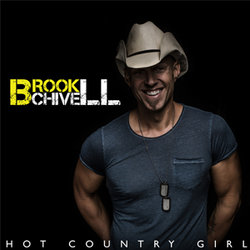 Brook has made a name for himself as producing modern country that sits just as well in the Australian country scene as it would in the American market. Whether at home singing a soulful country ballad or at a party singing a country rock anthem, Brook has a big voice. His love of guitar, which started at 17, is evidenced by his guitar collection. Brook is a songwriter at heart and loves the search for the melody, the hook and the soul of the song.

In January after reaching the finals of Toyota Star Maker and much soul searching, Brook decided the time had come to make his own way in the Australian country scene and leave the constraints of a band behind. His latest release, Hot Country Girl, is bound to get you dancing and ready to join him for a party!


Now a solo artist, Toyota Star Maker finalist Brook delivers his debut single Hot Country Girl, a party song that will have you wanting to get up and dance. First the groove will get you and then you’ll be singing along by the second chorus.