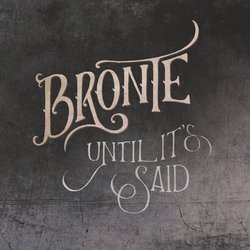 Liam McAlary aka Bronte is a singer songwriter from Western Sydney. Bronte emphasises the importance of lyrics and being able to tell a story. Bronte provides an interesting show stringing together a collection of thought provoking songs, while often telling stories and interacting with the audience. Bronte writes from various points of view, and is impressing audiences with his political and protest songs.

Bronte aims to take the audience on a journey through his words. The songs are both fictional and non-fictional and this allows the audience from all walks of life to connect to the music and lyrics. Bronte wants to make a difference through music to create a discussion on certain issues and subjects.
A tour of shows throughout NSW will follow with the release of ‘Until It’s Said’.


‘Until It’s Said’ is about all the moments, objects and memories that remind you of someone important from the past. The song has a country & western feel but the folk elements of the song cut through. The song is anchored by a strong, driving bass line and beating drums.