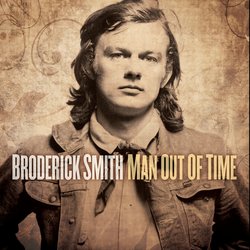 ‘Singer In Chains’ was inspired by an English glam rocker, who was stuck playing at children’s holiday camps, which Brod describes as being “so fucking tragic”. You can also hear Brod’s own story too, albeit at arm’s length.

Man Out Of Time is Broderick Smith’s first new solo album in 10 years, and it’s fair to say that much has changed, not least in the spellbinding tone that can only come with the patience of a seasoned master craftsman. It’s the peerless voice of the storyteller that commands attention.

Beginning his career in Carson, he joined The Dingoes when they formed in 1973, the pioneering group that combined rhythm & blues with bush music to develop a unique Australian country rock sound. Following The Dingoes, Brod fronted various bands under his name. Brod will release an autobiography also titled Man Out Of Time in October, detailing his incredible musical adventure. After all these years, nobody compares to Broderick Smith.


Broderick Smith has announced his eleventh studio album Man Out Of Time, and has released the first track from the album, ‘Singer In Chains’. A study in vivid storytelling and mature restraint, Man Out Of Time is Brod’s eleventh solo album, and will be released in line with his autobiography of the same name.