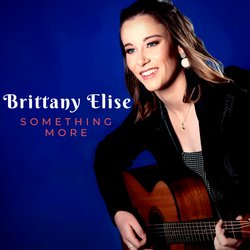 She is a graduate of the world-renowned Senior CMAA Australian Academy of Country Music Excellence, selected to attend the 2019 DAG songwriters retreat, opened the Tamworth Country Music Festival in Bicentennial Park to over 7,000 attendees and been listed as a Finalist for the Patti McKinnon ‘Up and Coming Artist’ Encouragement Award at the ICMA Australian Awards 2020.

Brittany-Elise's powerhouse voice and storytelling lyrics have seen her open for Lee Kernaghan, as well as Graeme Connors and Jade Holland on their 2019 tours. She has also worked alongside Kevin Bennett, Fanny Lumsden, Amber Lawrence, Simon Johnson, Carter and Carter, Kasey Chambers and The Bushwackers.


SOMETHING MORE is inspired by Brittany-Elise's journey of working hard and following her dream of music. It’s important to have dreams, goals and keep working through the set backs to achieve them.