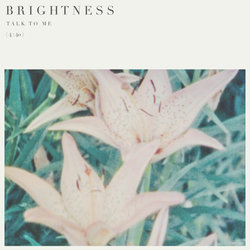 Alex wrote his first guitar songs on a water-damaged four-track cassette recorder, selling his music to mates at school, then promptly spending the profits at the canteen.

Following on from debut single ‘Oblivion’ which had a video premiere via The Fader in February, it is with the greatest pleasure that we present ‘Talk To Me’, taken from his debut record Teething which will be released on Friday 30 June 2017 via I OH YOU.

‘Talk To Me’ is a hint in to what listeners can expect from Teething. An unusually intimate body of music, that is comforting in its exposed state. Like talking to an old friend and knowing you are safe and understood within that space.


‘Talk To Me’ brings a sense of calm, allowing the listener to embrace the awkward but beautiful stumbling that life brings.

Other tracks by Brightness: Oblivion
%