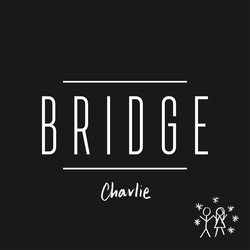 Music has always been a key component of BRIDGE’s life, beginning with learning the violin at age 5, and developing further as she self-taught piano and guitar in order to fully express her musical vision. The Sydney born artists now embarks upon her singer-songwriter journey, with Charlie as her second official release.

Although 'Charlie' was written originally with just vocals and guitar, BRIDGE always planned for the track to ultimately have a much bigger sound – fueled by driving drum beats, intricate harmonies and interesting synth sounds. This sound was made a reality with the help of Melbourne producer Ben McCarthy (Gordi, Alex The Astronaut), who helped record the track at Sing Sing Studios Melbourne, on a stormy, hot summers day. The storm originally presented a major problem during the recording process, being so relentless that the patter of the rain continued to leak through the soundgates. But unexpectedly, this lead to an intimate and refreshing outcome, and the sound of the rain has come to be one of the song's most memorable and unique features.


Recorded in Melbourne, on a stormy hot summers day, with the help of producer Ben McCarthy (Gordi, Alex The Astronaut); just wait for the bridge section, when all that remains are a guitar, rain, and BRIDGE- it's enough to send chills down your spine.