Brewn - Down On The Farm 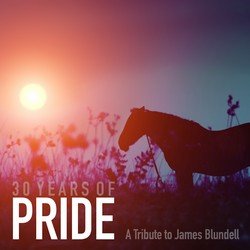 Australian Country rock act – Brewn - has been creating quite a stir over the last few years thanks to their unique sound and authentic approach to their music and performances.

A down to earth bunch of good blokes - Brewn sing about real life tales - that deeply resonate on a profound level with real people. Brewn’s music unites people from all walks of life – and display immense pride and passion in their roots.

The current line up has seen Brewn evolve from a respected bar band to professional touring act. It was through their energetic live performances that the band caught the ear of Australian Country Icon, James Blundell. Blundell has been a vocal supporter of Brewn, and frequently includes them as his opening act or as his live backing band. The band has also recently been asked to work with Tania Kernaghan as her touring band.

Continuing to grow as a solid act, Brewn has risen from bar band to well-rounded and respected original country act. It’s further proof of a band that is willing to put in the hard yards and passion and what they can achieve.


"Down on The Farm" is a reimagined version of the James Blundell classic. It was commissioned for the album "30 Years of Pride - A Tribute to James Blundell" which celebrates the music of this iconic Australian artist.