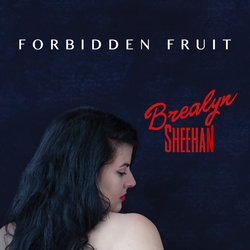 Based in Cairns, Brealyn has been honing her songwriting craft over the last couple of years while developing her rich voice performing in a variety of projects.

Set to release her debut solo EP “Temptation’s Door” in early 2016, she is about to emerge as one of North Queensland’s best-kept musical secrets.

The six track EP journeys through a dynamic blend of genres which are united by her sultry vocals and themes of love and desire. It was produced by Mark Myers (Middle East, Emma Louise) at Big Sister Studio in Cairns and mastered by Grammy Award winning engineer William Bowden (Gotye, Tim Finn).

Performing live Brealyn captivates her audiences with a familiar and sassy stage presence. Her sometimes sparse melodies and instrumentation invite the listener to engage with her intimate lyrical content.

Since launching her solo career at the beginning of 2015, Brealyn was named Best Performer at the Cairns To Nashville Song Contest which led to a local support spot for Kellie Knight. Her track “Wayward Girl” received an Editor’s Pick on Balcony TV and she's performed at popular North QLD events and festivals including Wallaby Creek Festival, Cairns Festival, the Ukulele BBQ.