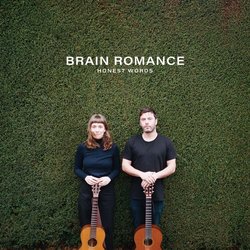 Having become ensconced in the Sydney music scene, Brian Campeau is widely regarded as one of the most confounding and creative artists working in Australia today. In addition to releasing his previous solo albums (which also include 2007's Two Faces, 2009's Mostly Winter, Sometimes Spring and 2015’s Don't Overthink it, Overthink, Overthinking) Brian has recorded and toured as one half of folk-pop act The Rescue Ships and as part of Sydney’s bluegrass revivalists The Green Mohair Suits.

Disarming songwriter Hannah Cameron has been writing songs that softly creep under your skin and tickle your mind since first breaking onto the scene in 2015. Having released two albums and a solo B-side EP under her own name, Cameron has opened for the likes of Leah Senior, Ryan Downey, Broads, and more as well as featuring in Australia’s festival circuit. Cameron also performs with several Melbourne based bands and musicians including On Diamond, Clio and Grand Salvo.


‘Honest Words’ is an immediately arresting refrain and one that is sure to set the tone for what’s to come from this long-awaited dream partnership. With the single out Wednesday 1 May, Brain Romance is thrilled to announce some of their first-ever live shows, heading to Sydney, Melbourne, and Castlemaine at the changing of the seasons this May.