Braille Face - Run For Your Life 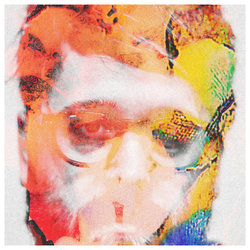 Jordan White’s Braille Face project is defined by a restless pursuit of the creative process, and is as emotionally affecting as it is sonically adventurous. His debut album Kōya, released in mid-2016, was the culmination of a personal project which saw him privately write and release twelve albums over a twelve month period.

Since signing with local Melbourne label Spirit Level (run by triple j broadcaster Tim Shiel and Wally de Backer aka Gotye), Braille Face has established himself as one of Melbourne’s most exciting new voices. His album has drawn support from triple j, Double J, Australian community radio, Guy Garvey and BBC 6 Music, The Quietus, The 405, and Spotify Australia, recently tipping past 1 million plays on Spotify.

Braille Face has made recent appearances at By the Meadow Festival, BIGSOUND and supporting Fazerdaze, Japanese Wallpaper and Big Scary. He is currently developing new material for release in late 2017, splitting time writing in his Melbourne home studio and in Gotye’s home studio in New York City.


Showcasing the combination of lyrical vulnerability and sonic experimentation that has become his signature, Run For Your Life is the perfect re-introduction to Braille Face’s vibrant and emotionally resonant world.