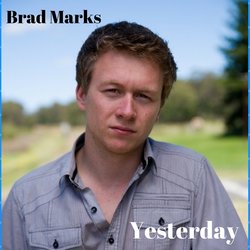 Brad is a 24 year old male living in the southern highlands of New South Wales. He is a graduate of the 2014 Academy of Country Music which saw him being asked by Golden Guitar winner Amber Lawrence to become an Ambassador for Walk Of Life. Since his graduation Brad has worked a number of performances in Tamworth both acoustically and with his band returning in 2015 and 2016 to do so. In Tamworth he has supported Amber Lawrence, Margie May Hockey, Peter Denahy, Forever Road, Troy Kemp and Luke O’Shea at their invitation as well as performing in the Country Goes Pink and Lifeline concerts.

This dynamic young artist has been playing guitar since the age of ten and has been performing for the past eight years being invited into guest artist spots at such places as Seaforth Bowling Club, Belrose Bowling Club and Balgowlah RSL. He also performs monthly at his local Oakdale Workers Club and fortnightly at the Oaks Pub with his band.


“Yesterday” is the song of a man giving his perception on how strong his love is for his wife. He reflects on their journey through life, explaining how at 18 and a bit on the wild side she came into his life and turned him around for the better.