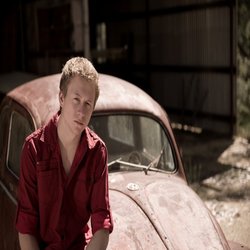 Brad is a 23 year old male living in the southern highlands of New South Wales. He is a graduate of the 2014 Academy of Country Music which saw him being asked by Golden Guitar winner Amber Lawrence to become an Ambassador for Walk Of Life. Since his graduation Brad has worked a number of performances in Tamworth both acoustically and with his band returning in 2015 to do so. In Tamworth he has supported Amber Lawrence, Margie May Hockey, Peter Denahy, Forever Road. and Luke O’Shea at their invitation.

Brad is currently working towards his first album writing with people such as Troy Kemp (McAlister Kemp), hit writer Allan Caswell and has been invited to write with six time Golden Guitar winner Luke O’Shea. His first single is due to be released to radio here in Australia and internationally in the near future.


It's about young people of today not having any idea about the sacrifices that were made for our country and for our benefit by the soldiers who were around the same age at the time.
The song is about taking a minute to think about exactly that .