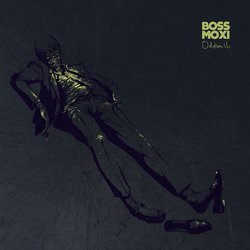 The past 5 years has seen Boss Moxi play countless Brisbane's venues, dingy alleys and warehouses included. The once distinctly garage-rock band made foundations in a new sound after the recording of the EP, Your Mouth. The momentum of the EPs release had the band ride a new direction over the next two years of writting and performing live. In 2011, Caught Up In Neverland, recorded in an old queenslander bedroom became the single that spoke for it all. The music is rock, written mainly as jazzy ballards, adventures or pop songs. The Saxophone has always been apart of the show and has introduced brass as a huge part of the band's sound.


The Boss Moxi live show hit the road for the second time in late 2014 following the release of their debut album's first single, Song of Joan. The East Coast tour had the five piece, joined by Daniel Grima (Twin Haus) on trumpet, play a series of chaotic shows. Two years on has seen Boss Moxi meticulously piece together jams from the last five years in preparation for the release of their debut album, recorded, engineered and produced at Brisbane’s Bedlam Records.