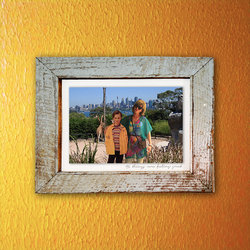 Calling Sydney their home, where they have been selling out headline shows, and causing a ruckus on the live circuit, Borneo have crafted a unique blend of dance-punk, influenced by the likes of Devo, The Oils, and David Byrne.

Their previous single ‘Hold Me In The River’ was added to rotation on FBi Radio, with the music video being allocated a spot on Rage. The track was shown strong support from Triple J presenters such as Zan Rowe saying it “makes me wanna run a marathon while dancing” and Gemma Pike giving the track 4 stars. The single was launched with a very impressive sold out headline show at the Brighton Up Bar – no doubt a sign of things to come!

Last year was spent touring the east coast and New Zealand multiple times, along with a slot at Surry Hills Festival. 2017 sees these foundations coming to fruition this year with the May release of their debut EP ‘Alert!’.


Recorded in Byron Bay with Julian Abbott at No Wave Studios, ‘Boyfriend’ dives headfirst into the harsh reality of divorce. The track is written from the perspective of a child as he watches his divorced mother on her quest to find fresh love.