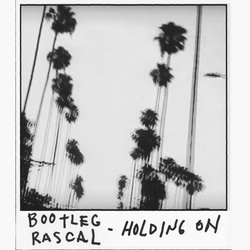 The reprobates that make up Bootleg Rascal, as dodgy as the name suggests, include Carlos, Jimmy, Jack, and Scottie.

The band have been touring since they formed in mid-2013 when the group of misfits first met in the back room of a seedy Sydney gig. Bonding over their love of music and tacos and spreading/sharing tales of childish debauchery. Soon after, they hit the garage and crafted together their first EP of original material and toured up and down the east coast.

They've since supported label-mates, Sticky Fingers, on a couple of sold out national tours and have been racking up festival slots around the country including: Peregian Originals, Yours and Owls Festival, Lost Paradise, Festival Of The Sun and more to come.

More Recently, the Bootleg boys have been ticking more boxes: selling out their own headline shows in Brisbane, 2x Sydney, and Melbourne on their last tour. Their current tour see's them selling out Brisbane and Sydney again, with additional shows added.


‘Holding On’ - a song that began as a minimal swirl of sonic synths on an old Casio. A beat making generation or two later and the song now has pulsating synths, a hip-hop beat, Q-Dome’s honey-dipped vocals, and a touch of L.A. swag.