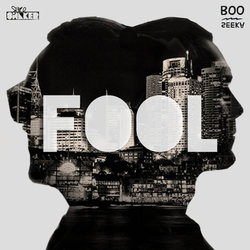 Both Kingdom Leader & Deception Bay was put onto high rotation after the first week of release (Triple J) and 'Kingdom Leader' was also on La Belle Musique and Hilly Dilly. Whilst Deception Bay charted in the top 50 in ARIA charts. (National Australian Charts).

Boo was also featured on Triple J’s Like A Version. Their cover of Danish artist MØ’s Pilgrim, was chosen to be put on the Annual Like A Version CD which was released on 2nd October. As part of that broadcast Boo then did an original and a cover on air on Like A Version at JJJ.

In the past year they have sold out their own headline shows on the East Coast. They have also toured with Kim Churchill, Sticky Fingers and Safia on massive National Tours.

The duo have also made appearances at notable Australian festivals Groovin The Moo and Yours and Owls. Boo Seeka have also just been announced to play Woodford Festival and The Plot festival in Parramatta and NYE On The Hill, VIC.


Bollywood synths and samples with a punching beat, dribbled with colourful guitar riffs and synths that sizzle like a tangerine neon sign on the Miami strip. A summer ready tune, topped off with Boo’s signature soul-filled vocals singing verses that’s more infectious than glandular fever.