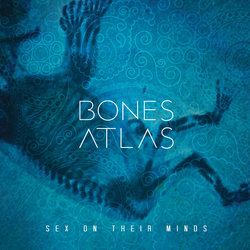 Bones Atlas are a four-piece high-energy blues rock outfit from Sydney, showcasing flavours derivative of 60s, 70s and modern rock, fused with subtle Eastern influences and a veritable smorgasbord of funk, psychedelia, reggae & whatever else they feel like playing on the night. The band is known for their solid grooving rhythms, powerful vocals, screaming guitar solos, and driving drums.

A huge stage presence, their live show has been described as a journey, taking the audience on a ride through energising rock epics and laid back ballads, with plenty of time for dancing to reggae and funk numbers in between.

Their 2011 premiere self-titled album showed they’re no slouch in the studio either, and their long awaited follow-up album, “Little Earthling”, promises to demonstrate a more refined sound that captures the live energy that fans have become used to experiencing.

The album’s lead single, “Sex (On Their Minds)”, features a funky blues rock sound with soulful vocals, provocative guitars and a grooving rhythm, demonstrating that rock & roll is still alive and well in the Sydney scene.


A funky blues rock number, “Sex (On Their Minds)” is the combination of dirty guitar tones and a driving rhythm, with soulful vocals and a catchy chorus. The song reminds fans to always bring their dancing shoes to a Bones Atlas show and leaves them with something on their minds.