Boatkeeper - So Much More (tour remix with strings) - Internet Download 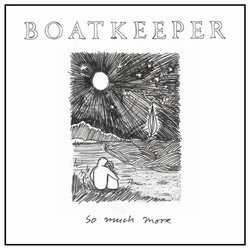 Boatkeeper consists of two sets of brothers, Jordan and Boyd Fuller and Ben and Jack Rungert along with long time school friend James Tranby-White. Who better to team up with, than another set of brothers, The Ocelots. The Ocelots are twin brothers from Ireland, who recently opened a few festivals for Jack Johnson in Europe and through a series of events, are now joining Boatkeeper in Australia. Keeping with the family feel, local sibling acts will be opening with Boatkeeper and The Ocelots on the FAMILEE VALYOOZ TOUR.

The band have been writing new material and hitting the studio very shortly, but not before road testing some of these songs and of course playing the crowd favorites that have been part of their current set list. Along with this, they are releasing a special remix by ARIA winning producer, Govinda Doyle of 'So Much More'


This track is a remix with a quartet of strings added for this tour - the mix was done by ARIA award winning producer, Govinda Doyle (Angus and Julia Stone - Big Jet Plane)