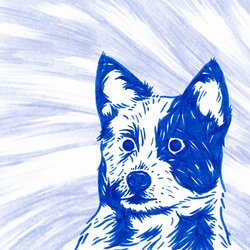 Bluey is the new solo project from Lachie Gilmour out of Melbourne.

Aside from previous indie rock efforts with IV League, Lachie is for the first time unveiling his own musical stylings within the bedroom pop genre. Taking inspiration from the likes of artists such as Alex G, Beach Fossils, The Drums and Elliot Smith, Bluey combines tightly structured pop melodies with swirling synths and an indie rock approach to create a sound that is refreshingly his own.


I wrote this song in my head early one morning while I was driving to work. I was getting pretty sucked in to the lifestyle of working flat out and feeling like I had nothing to show for it. The song is a reflection on the mundane parts of life that everyone has to do to make a crust.