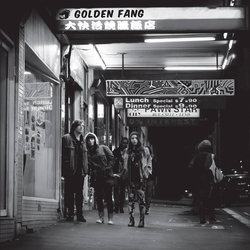 Bloods had a massive 2015 following the release of their debut LP Work It Out (2014), which culminated in showcasing at SXSW, touring the US alongside fellow Aussies The Preatures, and becoming the first Aussie band to sign a publishing deal with Sub Pop Publishing. The release of Work It Out also saw the band share the stage with bands such as Sleater-Kinney, Wavves and Peaches. The album received Album Of The Week on FBi Radio, and received 4 star reviews across The Music and The Brag/Beat Mag.
New music released sees the band working with producer Shane Stoneback (Sleigh Bells/M.I.A/Fucked Up). The first single, ‘Bring My Walls Down’ has already received critical acclaim from Triple J, Rolling Stone, Blunt Magazine and Consequence of Sound.
With influences from shoe-gaze to 90s indie-dance, their 2018 sophomore album Feelings was recorded with producer Liam Judson (‘Bliss Release’ Cloud Control/ ‘Hope Downs’ Rolling Blackouts Coastal Fever). The record sees Bloods embracing guitars and lead to the band enlisting a new addition, Mike Morgan.
During the ‘Feelings’ campaign the band supported Veruca Salt, Alex Lahey and WAAX across their Australian tours, and supported Cloud Nothings and Rolling Blackouts Costal Fever in Sydney.