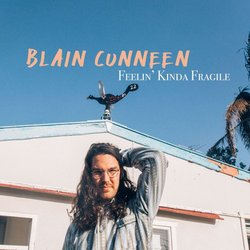 Sydney singer/songwriter Blain Cunneen has for the last decade been an avid enthusiast and resident of the Sydney music scene. On any night of the week, it’s not an uncommon sight to see Cunneen working as a sideman or collaborator in numerous bands in a night. However, for the first time, fresh from touring the world with indie folk sensation Julia Jacklin, Cunneen is embarking on his only solo venture to date.

Holed up in his Ashfield bedroom in the early months of 2019, Blain Cunneen recorded his debut 4 track EP “The Prizes We Demand” mostly in food stained t-shirts and underwear. He endured the sweltering heat nurtured by his beloved collection of Dyson fans, all the while undergoing his first bout with mental illness, which he explains hit him like a “...freight train out of fucking nowhere...”. The result of this period is a nostalgic musical sensation, reminiscent of the music of Elliott Smith, Bright Eyes and George Harrison that also boasts the humorous side of the young maverick.


At 25, Cunneen is just like any other. Completely confused about life, love and direction, all the while looking to conform to the needs of society. The songs title speaks for itself. "Feelin' Kinda Fragile" is the musical lamentation of Cunneen's emotional struggle. "What is it now that you can't see? I've lost my mind, obviously."