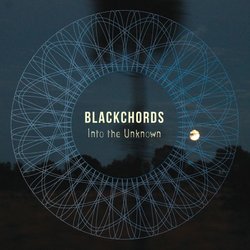 Melbourne’s Blackchords have been around since 2006 when the band quickly made a name for themselves after their chilling but beautiful video for their debut single ‘Broken Bones’ won ‘Best Music Video’ in the prestigious St Kilda Film Festival.
The band released their self titled debut album in 2009 to widespread critical acclaim and rave reviews, “Melbourne quartet shoots for the stars on widescreen debut” – Rolling Stone.
In 2012 the band recorded their 2nd album with Grammy Award winning producer David Odlum, the first single, Dance, Dance, Dance added to Triple J and radio stations across the country. In November 2012, Blackchords signed a deal with ABC Music to release the new album ‘A Thin Line’ in April 2013. With international showcases at SxSW in Austin, Texas and Canadian Music Week in March 2013, the band continued to tour throughout the year.

This year has seen the band on hiatus but behind the scenes their music has been picked up for sync’s with 8 different US television shows in the first half of 2014. The standout track with 4 placements is Into The Unknown, the success of which spurred the band into releasing it here as a single.


In 2014, Into The Unknown has been featured on US TV shows Orange is the New Black, Betrayal, MTV's Teen Wolf and 16 & Pregnant. With hauntingly beautiful vocals and warm melodic textures layered with heavily laden reverb guitar the song resonates greatly with bands like The Killers and Coldplay.