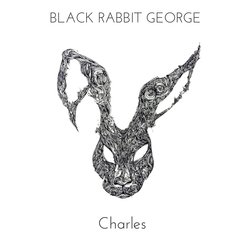 Black Rabbit George is another incarnation for Tijuana Cartel's guitarist and front man Paul George. Indulging his long coveted passion for folk, roots and blues, he has crafted a treasure trove of sonic gems, expertly weaving the guitars delicate complexity with his deeply felt lyrics and warm, distinctive vocal tones.

In Watership Down, the Black Rabbit is the grim reaper of the rabbit world, the bridge between life and death—and for a young and budding musician, it marked a first awakening to the idea that life, for all its joys and tribulations, is always a journey that takes us from birth to death.

‘I think that my songs are about that journey’, says George. ‘It’s not something I try to do, it’s simply something that simply emerges when I write.’

His first release in 2015 was a double single pack featuring ‘Black Dog’ and ‘Dusty Fingers’, which received airplay on both Triple J & Double J. ‘Pray’—the leading single from his debut album ‘Charles’—was released in February 2017, followed by ‘Bring You In’ in September. Another single ‘Japanese Vintage’ was released on 29 June. Charles will be released on 1st March 2019.


Charles is a simple folk song featuring George's delicately, beautiful guitar work and his rich and compelling vocal delivery. It's completely raw and open, recorded using only a nylon string guitar and fairly dry vocals. The song tells the story of an interesting character George met on one of his travels through Far North Queensland.