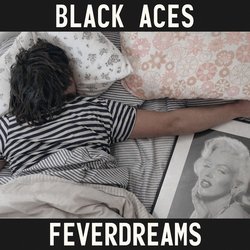 Formed in rural Australian town Bendigo by singer-guitarist Tyler Kinder, Black Aces set about forming a set of songs influenced by the greats of Aussie rock.

Black Aces released their debut album ‘Shot In The Dark’ in early 2016 and took their live show all the way to Europe and the UK. Through sheer hard work the album broke into the top 20 of the iTunes Australia rock charts, and the band ended a bumper year with a show stealing performance at Hard Rock Hell festival in Wales, earning themselves a call back to the festival’s main stage alongside the legendary Dee Snider in 2017.

The hard working Black Aces made it 3 UK tours in 18 months garnering rave reviews and making countless new fans along the way.

Black Aces brand new EP 'Never Change' is set to be released in October 2019, with the first single 'Feverdreams', set to drop in July followed by a string of Aussie shows!


Fast paced rocker in the vein of the Australian rock greats that have come before them, married with Black Aces signature sound and Tyler Kinder’s distinctive and unique vocals, ‘Feverdreams’ is a self-deprecating soundtrack to the hangover from hell and catches Black Aces in all too familiar territory; waking with a pounding headache, very possibly on the verge of death.