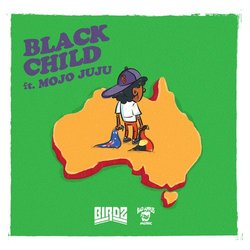 An advocate and masterful lyricist for positive change, N.T. raised rapper BIRDZ continues to solidify his spot as one of the most exciting acts in the Australian hip-hop scene.

Birdz wowed crowds earlier this year at headline shows in Sydney and Melbourne, as the EP’s previous singles “Place Of Dreams” and “On The Run” led to Complex naming him “one of the most exciting rappers in the Australian scene right now”. Since releasing his 2017 debut album Train of Thought, Birdz has captured support from community radio, triple j and triple j unearthed for his unwavering passion and commitment to his craft. Awarded Best Independent Hip-Hop Album at the 2018 AIR Awards, Birdz has consistently found himself in the company of greatness, having performing across renowned Australian festivals such as Woodford, Sprung Festival, The Hills Are Alive, St Kilda Festival, Groovin the Moo and 2018’s Bad Apples showcase at Melbourne’s CHANGES Music Industry Summit, and appearing on stage with the likes of J.I.D., Briggs, Sampa The Great, Loyle Carner, The Funkoars, and Thundamentals.


“Black Child” feat. Mojo Juju speaks to a hopeful future for the First Nations experience. Imbued with pride and hope for a better tomorrow for future indigenous generations, Birdz spits his signature rap and smooth singing, with the feature of the ever soulful Mojo Juju on the hook - "oh child, things are gonna get easier".