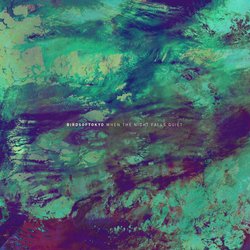 It was just one of many remarkable moments which have shaped the band's new music. Creating the new album, 'March Fires' was a journey of exploration and reinvention for Birds of Tokyo. It's a story of burning down the old and coming together to build something new. Spearheaded by the album's first two singles 'This Fire' and 'Lanterns', the band's fourth studio album 'March Fires' debuted #1 on the National ARIA Album Chart - the band's first ever #1 record. At the time of release, it also became the highest selling first week sales of any album of 2013. The album was certified gold within four weeks of release, with 'Lanterns' reaching #2 on the National Australian Airplay Chart and certified double platinum.


•“Lanterns” has since become the band's most successful single, peaking at #3 on the Australian singles chart, the band's first top ten single
• #1 on the ARIA Australian artist singles chart for a total of nine weeks.
•Touring with Muse at the end of the year.


Other tracks by Birds Of Tokyo: When The Night Falls Quiet