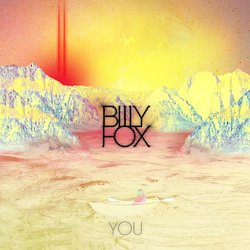 It’s been something of an auspicious introduction to Billy Fox, the Sydney-based musician, producer, writer and experimental purveyor of thought-provoking electronica. Launched late- 2013 with the soulful ‘Monuments’, the new project was born simply out of perfect timing – one project ended, another naturally needed to begin.

Writing began and the simple mantra of “If it feels good, then do it” quickly became the mission statement. Simplicity, according to Fox, is the key to his solo music-making, but when the layers are pulled back by the listener, musicianship, lyrical content and production-savvy recording are quickly revealed one by one.

The better part of 2014 has been spent introducing audiences to the translation of his music to a live platform. Cutting his teeth at the Big Pineapple Festival in Queensland, his debut show was closely followed by a slew of support slots with established outfits including Tales In Space, Jakubi, THUMPERS and purveyors of the Australian electro The Aston Shuffle. In early 2015 Billy Fox was invited to tour with UK indie buzz band Glass Animals that saw Billy Fox playing to packed rooms on the east coast.

2105 see's Billy Fox release his new single YOU of his upcoming EP.


Written, recorded and produced by Billy Fox in his Sydney based home studio, the song is a blend of emotive lyrics and lush electronic production, and showcases Billy’s exceptional songwriting skills, striking comparisons to James Blake, Sam Smith, and Mike Snow.